There’s a lot of music on this site. You can find my music-related blog posts by selecting “Music” from the sidebar under Categories. I also have released three commercial records, each profiled below with links to all the tracks. On the individual track pages you’ll find lyrics, liner notes, and the song itself (free! although if you like, I encourage you to buy it to support my work).

Everything and More was my first release under my own name, and it was a two-volume set. Unlike my previous two releases, it’s available for download only, partly as a cost saving measure, but primarily because I’m anti-stuff. This was in 2011, and a few years later, not many people even remember what CDs were, so I consider myself to have been on the cutting edge of a new era in the music industry.

This web page may be the only place where you’ll see both the front and back covers: 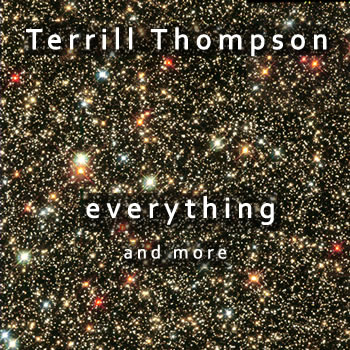 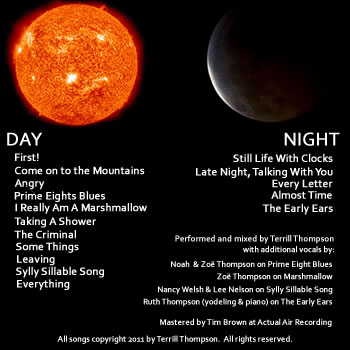 Everything and More is available at all the usual online music sources, like these:

Flavors was my second album, released in 2009 under the name Flow Theory. As I describe it in the liner notes, the album features balanced, full-bodied jazz-, blues-, and world-influenced folk rock with delicate floral notes and lingering finishes. I provide all sounds and flow — primarily voice, guitars, percussion, and sounds captured from the world around me — and mix them all together into a hot, delightfully palatable soup du jour.

The name Flow Theory is a phrase used to describe the ideas of Mihály Csíkszentmihályi, who proposed, described, and conducted research into that moment when a person is fully immersed in what he or she is doing, breaking down the duality of self and other so that everything becomes one. When making music, there’s a point at which all there is… is music. Cool name for a band, eh? The trouble is – I’m not the only person who thinks so. I started recording under that name in 2007, and later at least two other bands decided to do the same. I’m cool with that, but let it be known that mine was the original Flow Theory band, and is still the only Flow Theory with an album called Flavors.

Mastermind Terrill Thompson has created a crafty book of work that flows from song to song, keeping the listener involved and interested.
— What’s Up! Magazine 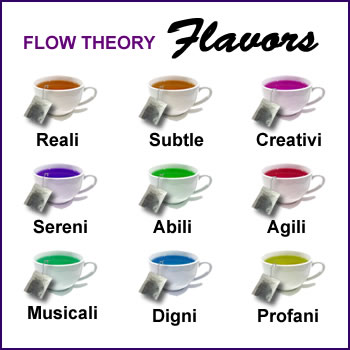 Flow Theory - Flavors is available at all the usual online music sources, like these:

Many of the songs on the above albums were originally written during February Album Writing Month (fawm.org), which was an annual tradition for me in the late 1990s and early 2000s. Members of the FAWM community shared the goal of writing, recording, and uploading 14.5 songs during the shortest month of the year. For me, these often originated as rough sketches improvised into my iPhone, usually while driving, and were fleshed out later in my home studio. My final year of FAWM was 2012 (life got too damn busy after that), and I really like some of the songs I recorded that year, though they never made it onto an album. Here are my favorites…

Morality Rock was my debut album, released in 2005 during the George W. Bush presidency. Morality Rock is music inspired by the subliminal backward messages in the speeches of the former U.S. President. This continues to be my best seller, and has received air time on the Dr. Demento Show and on progressive radio stations around the world. 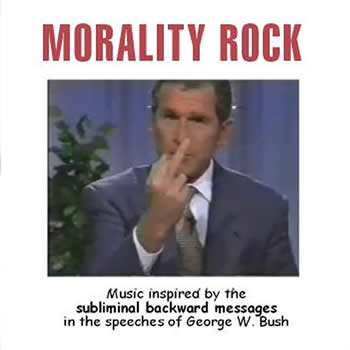 It actually has a website of its own; check it out at moralityrock.com!